Kristen’s Bridal Shower at the Mansion on Main Street in Voorhees, NJ

Late last year, Derek’s sister asked me to be a bridesmaid in her wedding. I said yes immediately, and was so excited to do everything bridesmaid related. I’ve had so much fun shopping for dresses (they’re gorge!), surprising Kristen with an Atlantic City Lady Gaga concert for her bachelorette party, and helping to plan a beautiful bridal shower at the Mansion on Main Street in Voorhees, NJ. 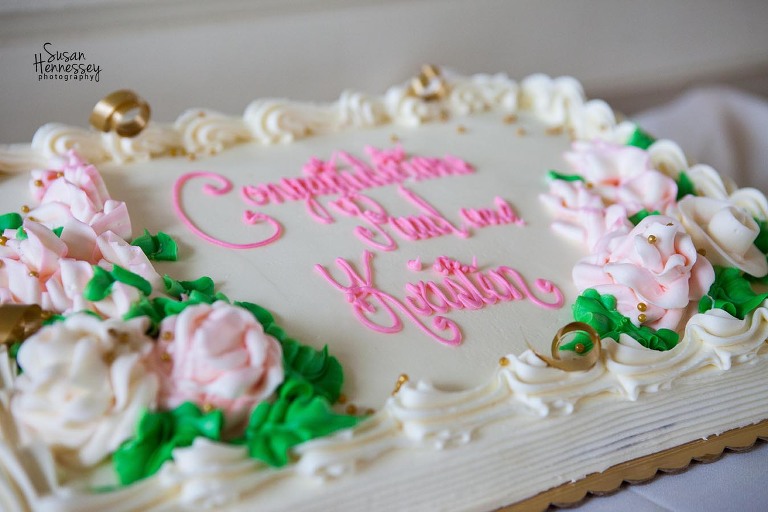 The bridesmaids took bridal shower planning seriously! We threw around a number of venue options before finally deciding the Mansion would be ideal. The hardest part was keeping the party a secret. A week before the shower, we came up with a scheme by inviting Kristen to the Mansion for brunch for her Dad’s birthday. Lucky for us, she fell for it!

We decorated the Mansion with sequined table cloths and beautiful flower centerpieces. I printed a few photos from their engagement session, we hung a “Mrs. Taggines” banner (heart in gold glitter, of course!) and had pretty “K <3 P” letters scattered throughout the room. 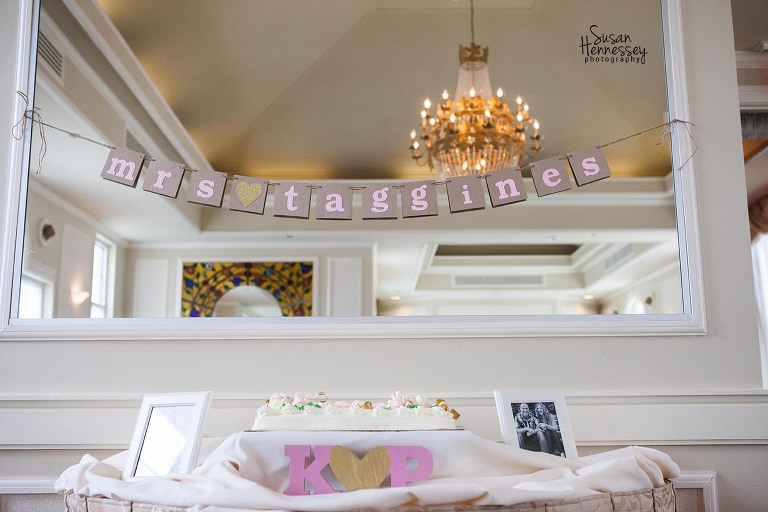 Kristen’s reaction was pure shock when she entered the room and found forty people waiting for her. She really had no idea that she was going to her own bridal shower! After the surprise, we sipped on champagne cocktails and ate a lunch of chicken and salmon before Kristen opened her presents. Her gifts ranged from lamps to a juicer! Paul even joined in on the fun by holding up the gifts for photos! 🙂

There’s a little over 2 months before their wedding and I can’t wait for the big day. Let the countdown begin! 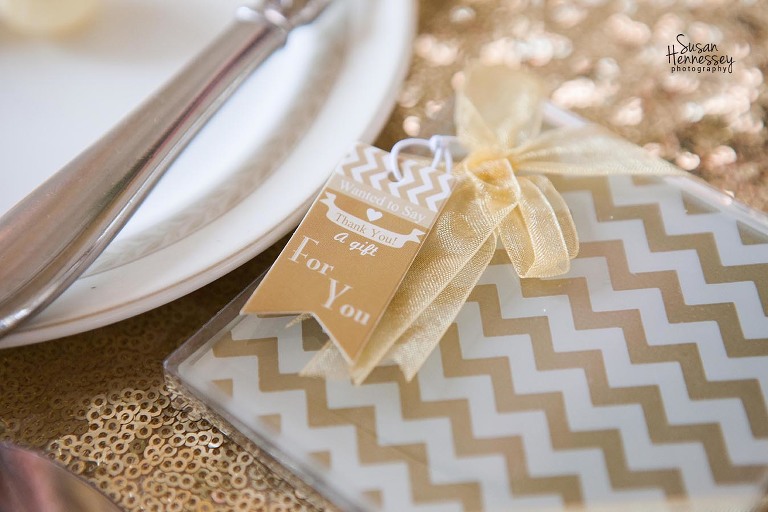 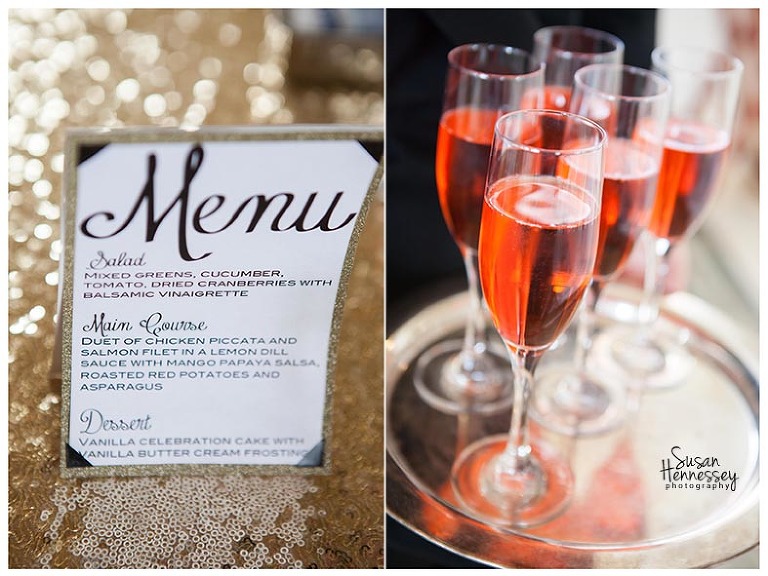 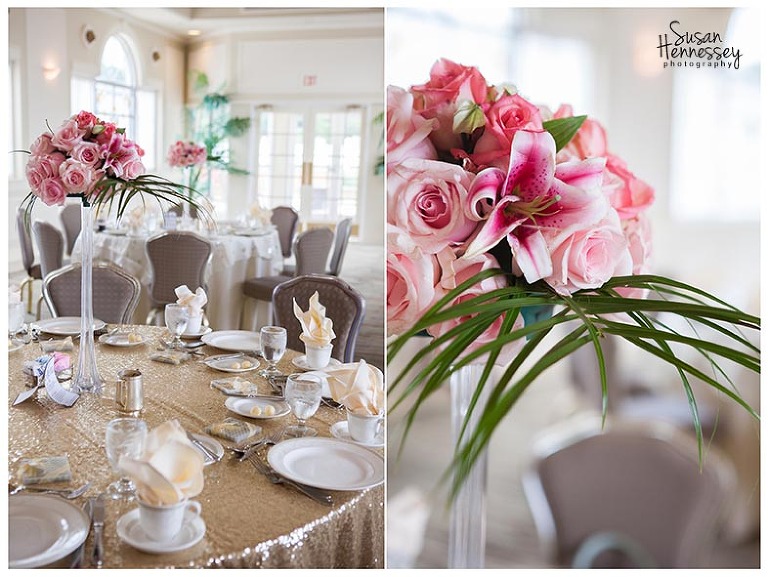 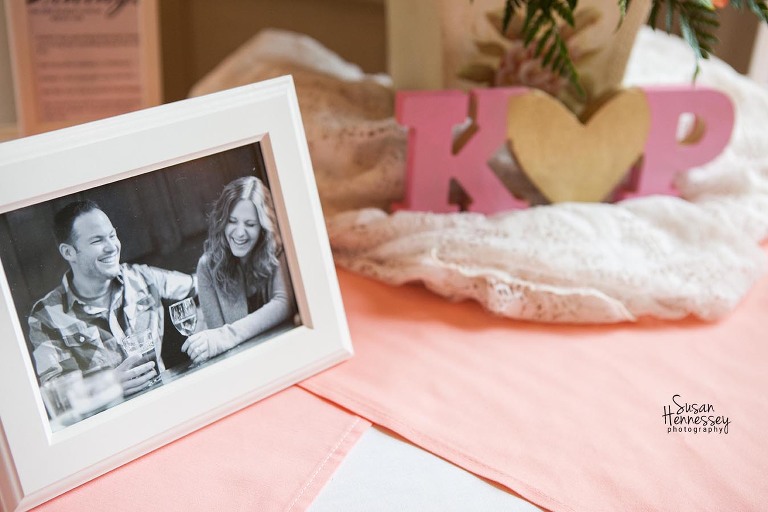 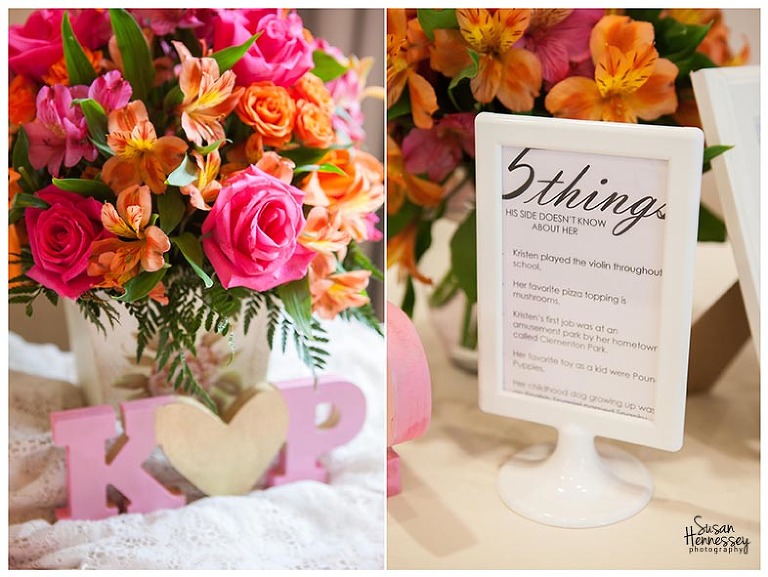 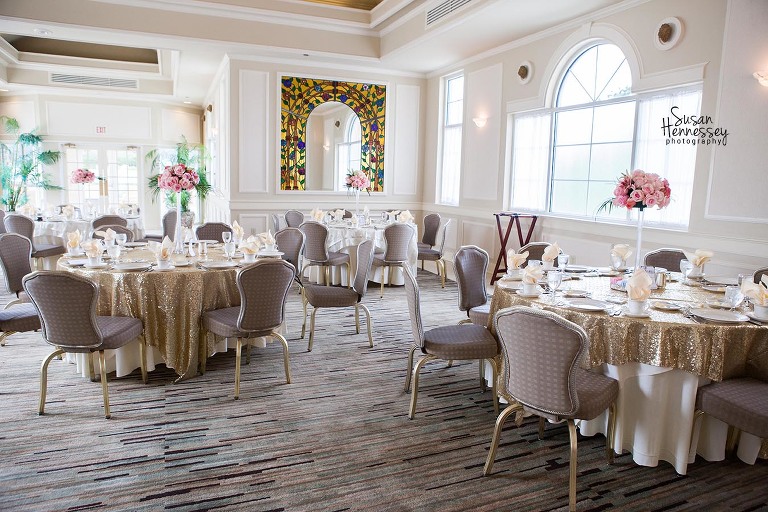 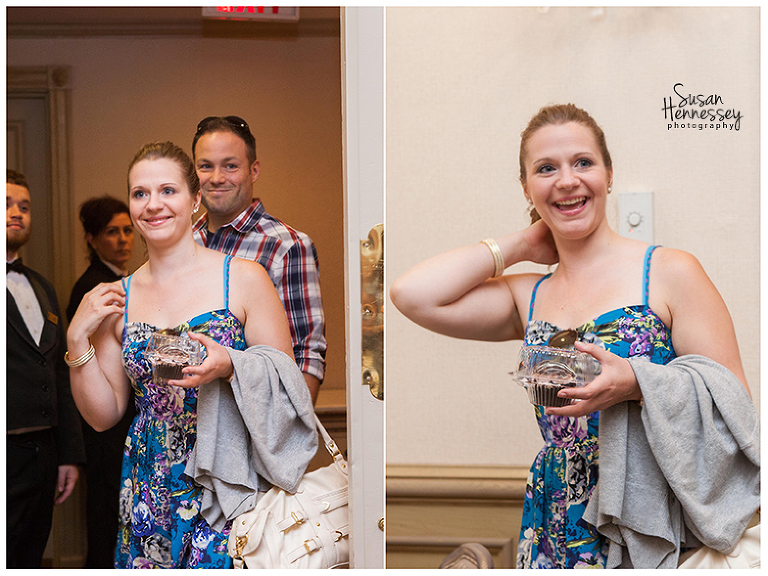 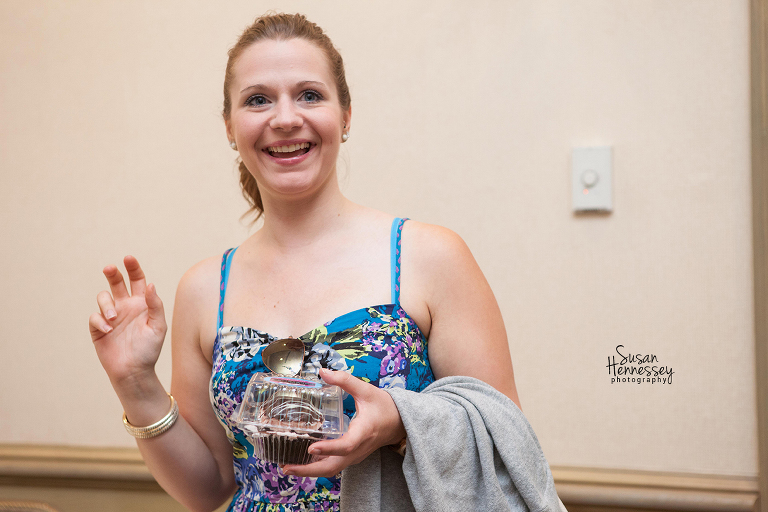 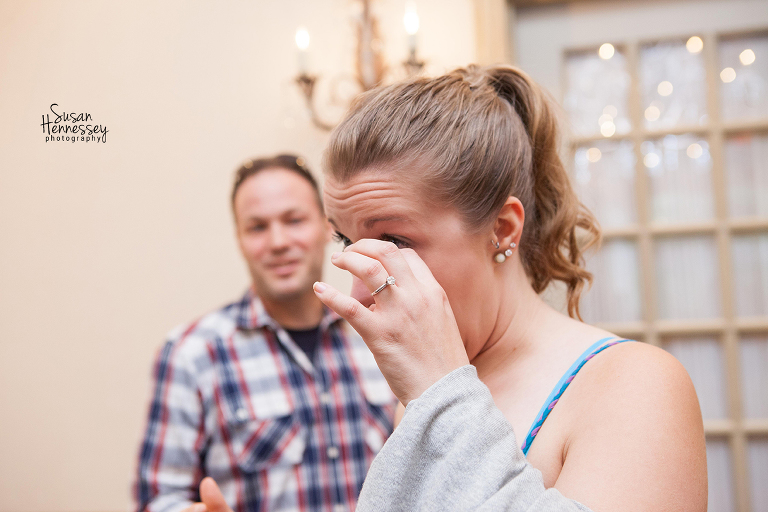 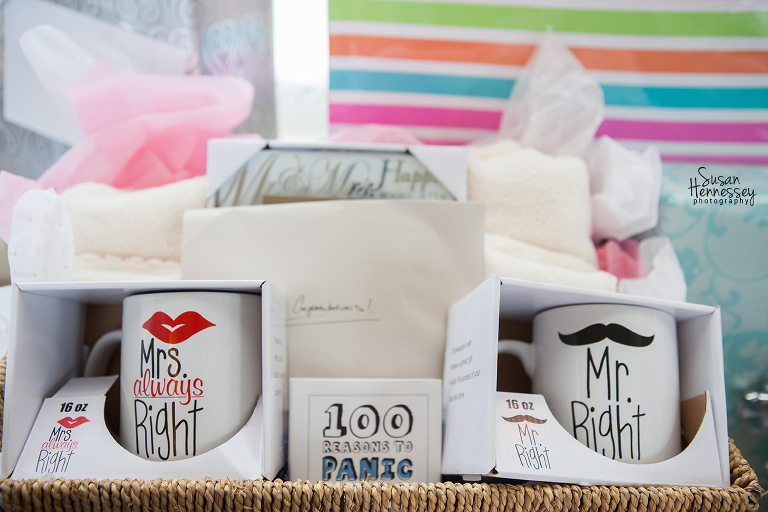 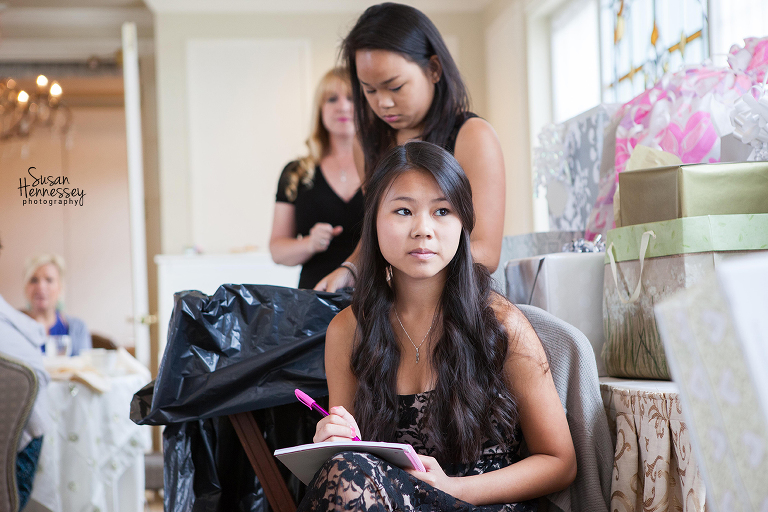 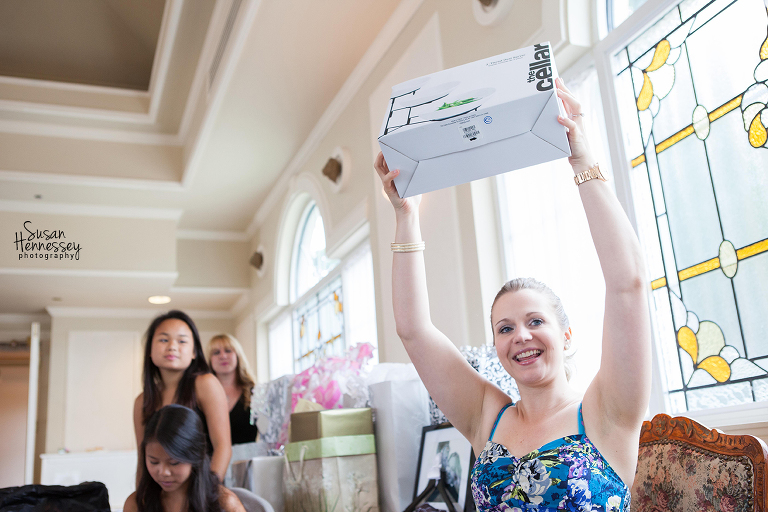 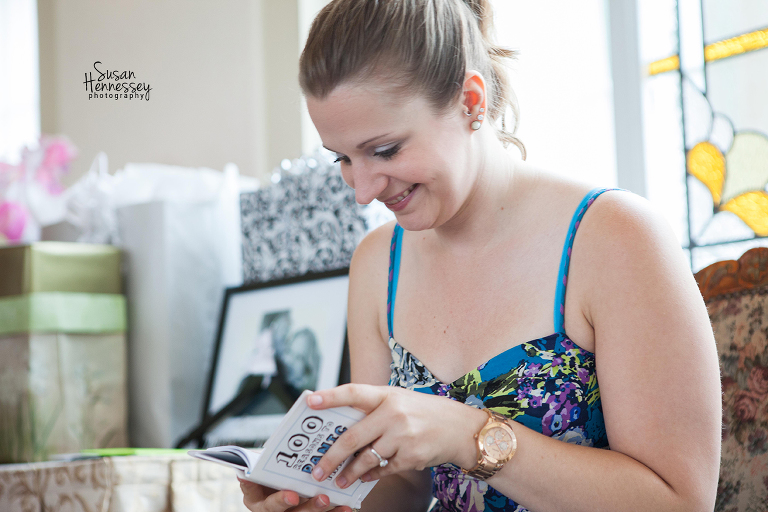 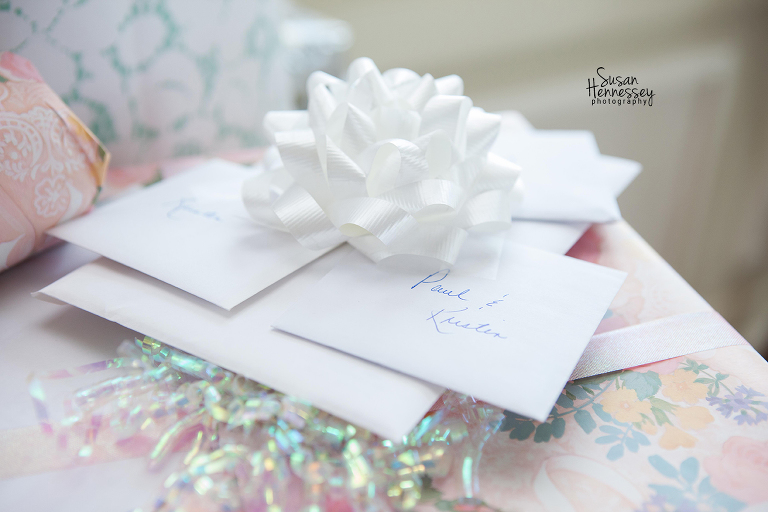 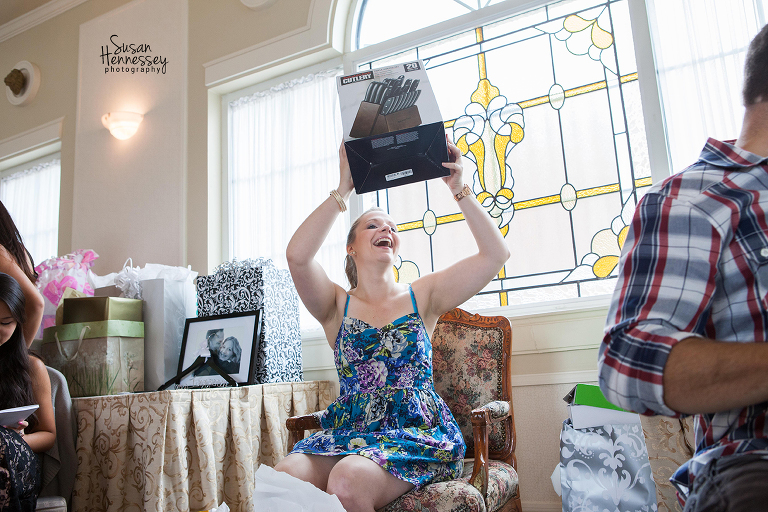 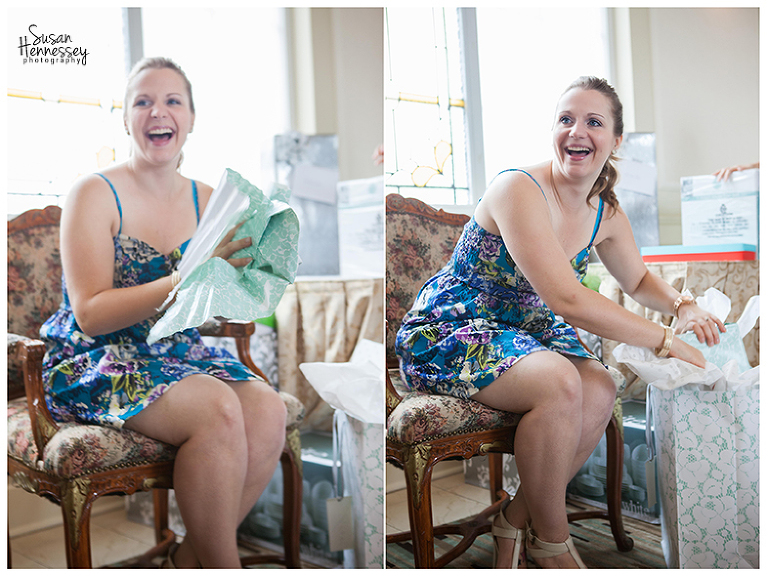 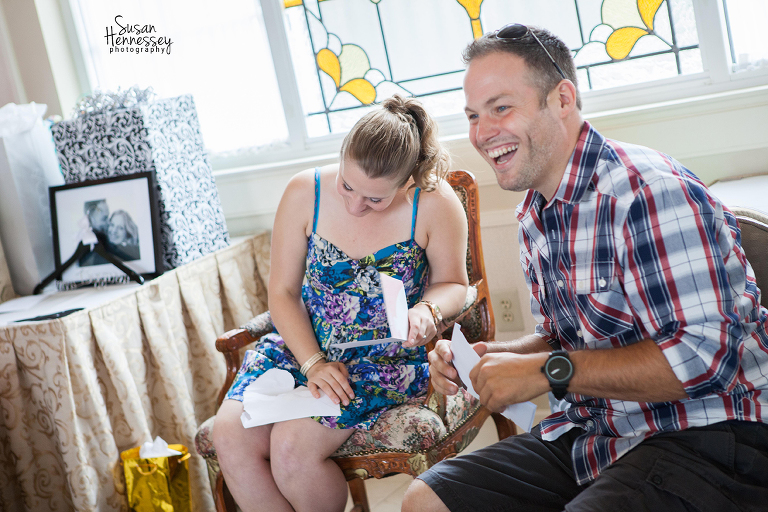 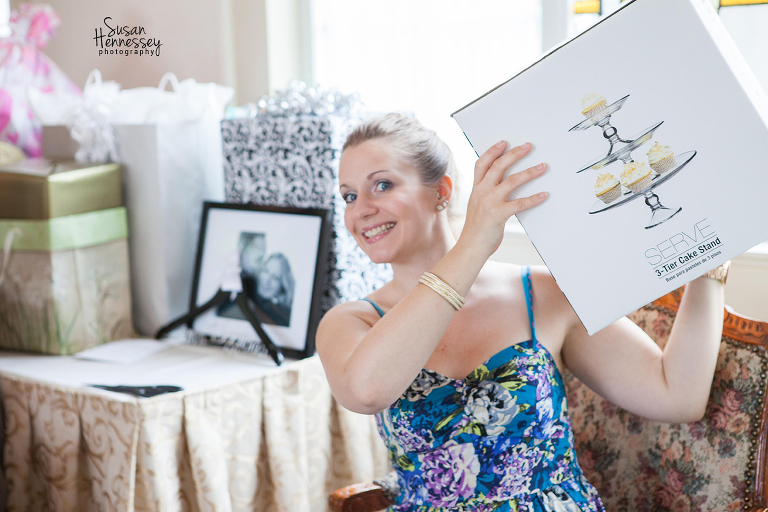 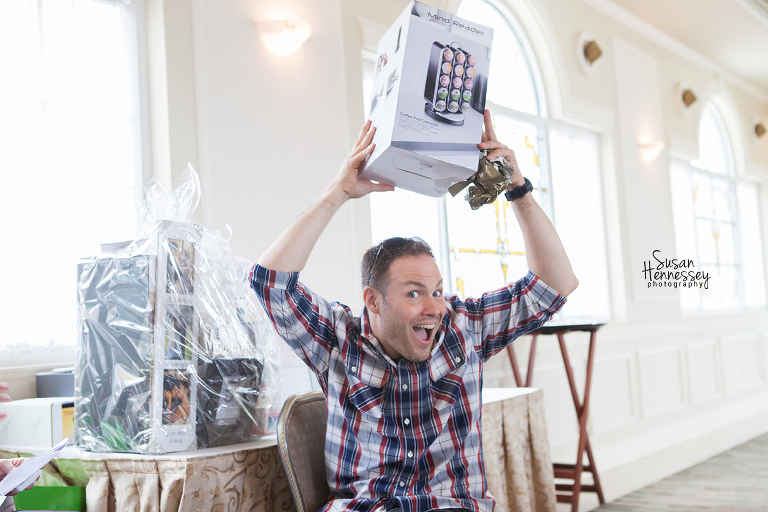 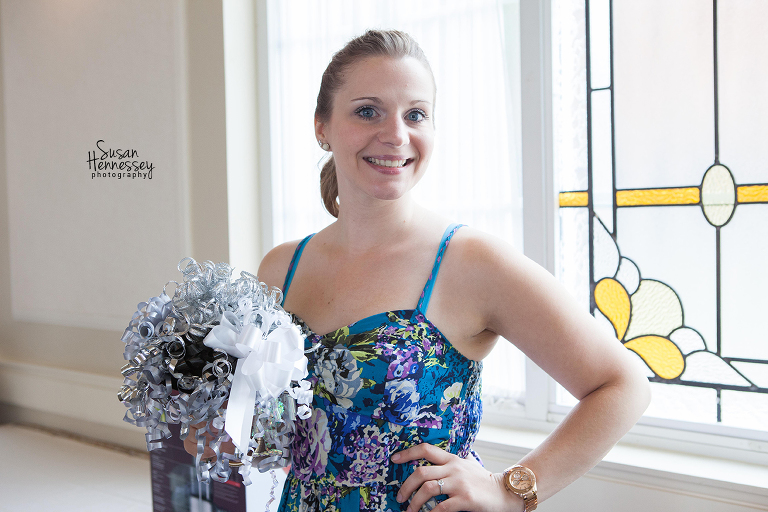 The Bridesmaid’s…we threw an awesome shower! <3 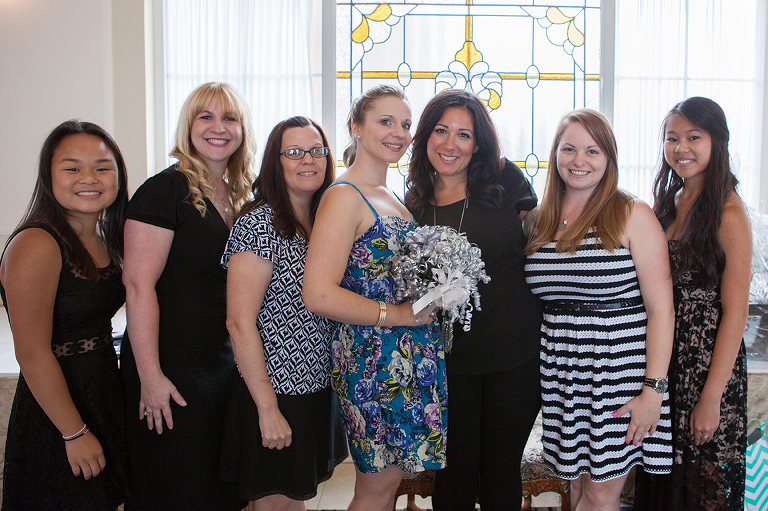 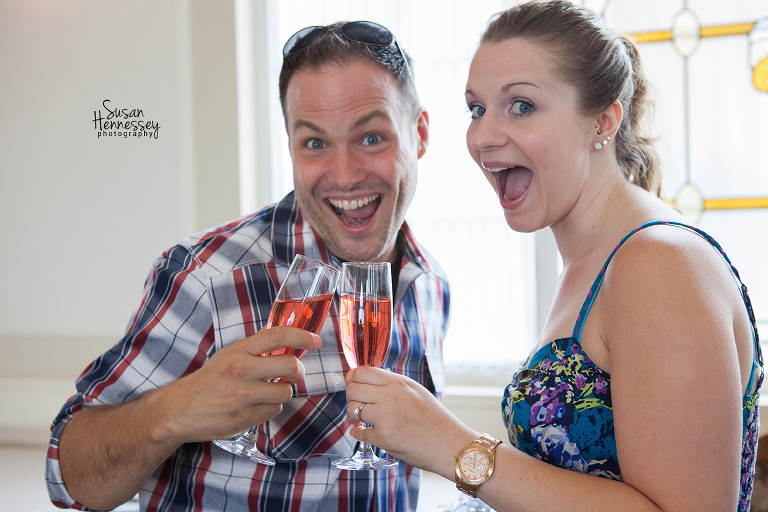 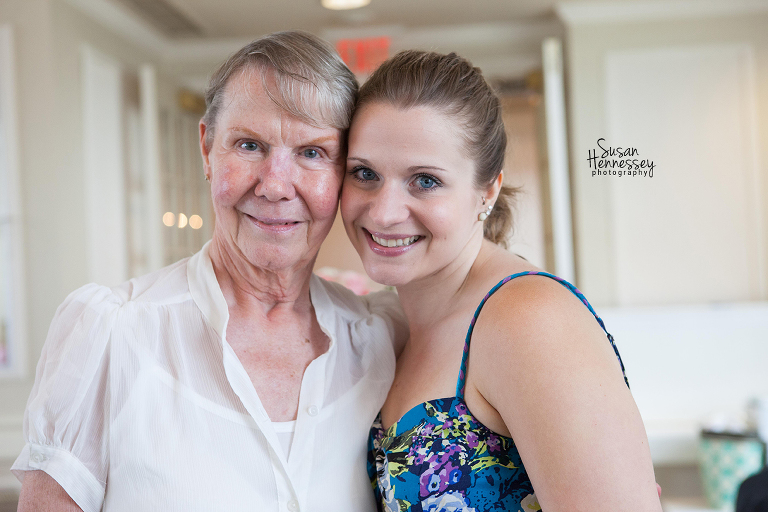